The only thing worse than seeing a damaged freight shipment is being stuck with it. Anyone working in a facility receiving inbound shipments should be aware of how to sign for damaged loads. Follow the necessary steps below and watch the instructional video to be sure you or the shipper can file an insurance claim and win. 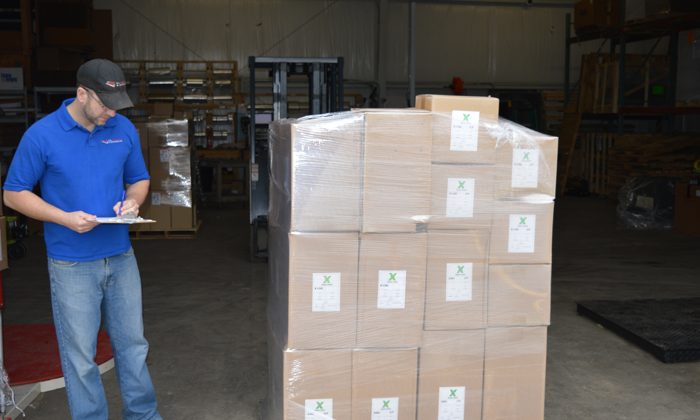 As new shipments come in, it can be challenging to unbox and inspect every pallet. Anyone receiving inbound shipments should walk around and visually inspect the exterior of all pallets. During the inspection, a variety of indicators can tip off the possibility of damaged products.

Any scrapes or scuffs on the stretch film wrapped around the pallet may indicate direct contact with other pallets or forklifts. Holes through boxes can show forks puncturing the product load. Sometimes the damage is more subtle and can only be seen by inspecting the pallet itself. Busted and broken boards on the pallet can indicate the pallet has been dropped or mishandled.

If there are any possible damages, we recommend unpacking the pallet and inspecting the products inside. There are times a visual inspection is not sufficient. It is impossible to know if powered machinery still runs after a shipment has been damaged. Even though the contents of the shipment may appear undamaged, they may not function appropriately after plugged into a power source.

The visual inspection of the shipment will indicate if you should refuse the delivery or accept it and mark all damages on the Bill of Lading. If the purchase shows up destroyed, refuse the shipment, and send it back to the shipper. Be sure to mark on the bill of lading; the shipment was refused due to damages during shipping. The refusal will send the product back to the shipper and allow them the ability to begin a claim. It will also help to speed up a new shipment being sent out. Once the refused shipment makes it back, a replacement can be sent out.

If the shipment arrives with minor scratches and dings, be sure to note all damage in detail on the bill of lading. Fully noting where damages are upon arrival will help with a freight claim. There is the possibility damages may have occurred without being fully noticed with a visual inspection. This is common with machinery or other products that need to be fully powered before determining all possible damages. For scenarios such as these, we recommend noting all visible damages and writing “possible latent damages.” The term latent damages indicates possible hidden damages that can not be determined upon arrival. With this noted and other visible damages explained, the product can be tested to determine if further costs were incurred. 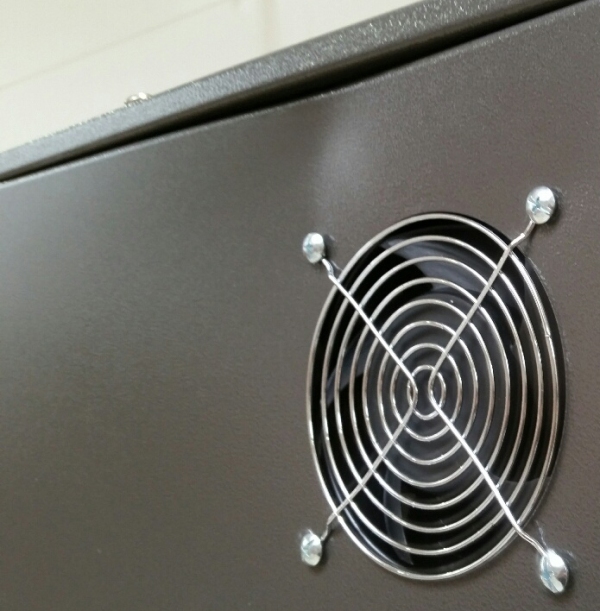 We recommend images of the product before being unloaded off the truck and after the cargo is unloaded. All scuffs, scrapes, and pallet breaks should be recorded and documented. After the pallet is unloaded and the shipment is opened, take images of all noticeable damage to the product. If the product can be easily tested for functionality, test to see if operational. If there is assembly or movement required, do not check functionality.

After the pictures have been taken and the Bill of Lading has been noted, the damaged product should be set aside. Many freight companies will send an inspector out to look at the damaged load. Leaving the shipment in the same condition as arrival is essential. After an inspector writes a report and turns it in, the insurance company will begin to make offers on the stated value of the product. It takes time, often several months, but you will be able to win.

Anyone receiving inbound shipments should know how to inspect the products for visible damage. At the very minimum, note on the Bill of Lading possible latent damages. This small task allows the shipper the ability to file a claim on the shipment. Be sure to take pictures of the damage upon arrival. These pictures will help documentation for a damage claim. Take every precaution possible to ensure you will be rightfully awarded for the damaged shipment.

Brent Roake is head of marketing and other fun projects as U.S. Packaging & Wrapping LLC. For over 8 years Brent and co-workers have tested in-house and helped thousands of companies large and small find solutions for product packaging. Detailed packaging articles have been published in Packaging Digest and other high circulation publications. Feel free to drop us a line for assistance. We are always happy to help. View all posts by BrentR